Many women died in puerperal fever before the discovery of Ignác Semmelweis, the saviour of mothers saved the mothers from the fatal infections by introducing hand disinfection in hospitals. The exhibition that opened at the Hungarian Natural History Museum on 4 October exhibited bones and mummies of women and documents of the era. These relics represent those times when birth was still life-threatening both for the mother and the child. 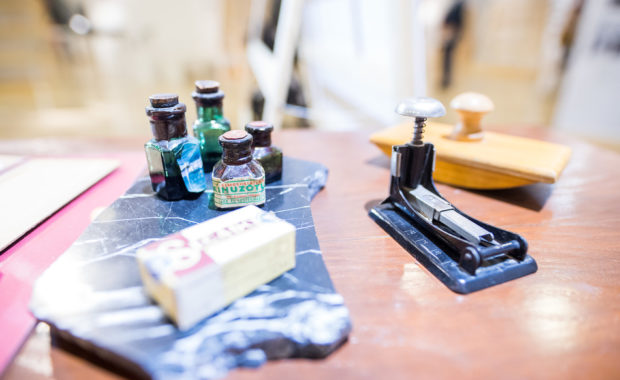 At the opening of the exhibition Dr. Sándor Bálint obstetrician-gynaecologist talked about how to give birth to a child in a natural way in a hospital under controlled conditions, and explained exactly what this means. According to him, the task of doctors today is to remind women that birth is a natural process.

Then Ildikó Szikossy, chief museologist talked about the creation of the exhibition, from the conception to the realization by interpreting the ideas of Dr. Ágnes Kustár, anthropologist, head of the Department of Anthropology and professional curator of the exhibition.

Finally, Noémi Szécsi writer gave a lecture on how Semmelweis changed obstetrics by the end of the 19th century. Among others, the writer unfolded questions like how the risks of childbirth changed, if the pregnant woman trusted the doctor or the midwife better, how the prenatal care took place or if a Caesarean section was done. The writer based her presentation on psychiatric records, medical cases and the praxis of Vilma Hugonnai, the first female doctor of general practitioners in Hungary.

The exhibition presents the faith of well-known and unknown women (such as Maria Theresa and the poor wife of the tanner in Vác who had tuberculoses) to visitors as a kind of screenplay in which the stories of the characters are pictured by human remains (mummies, bones) and by facial reconstructions.

The exhibition was realized in the frame of Semmelweis memorial year and can be visited at the Hungarian Natural History Museum until 18th November.